The Death of Mr. Peanut: Marketing Move of the Decade

Yes, you read that sentence right.

With two weeks until Super Bowl ILV, companies are unveiling ads to ramp up hype for the big game.

Of course, as we all know, the Super Bowl is more about the commercials than the game. Spots to run an ad during the Super Bowl this year is a measly $5.6 Million for 30 seconds.

Check out this ‘ad’ that Skittles did to combat the Super Bowl commercial in 2019.

To throw their hat, or nut, in the ring, Planters released this commercial:

That’s right. The company killed off their mascot in a hero way.

Soon after, other big-name brands took to social media to express their condolences for the loss of an icon.

From other food brands… 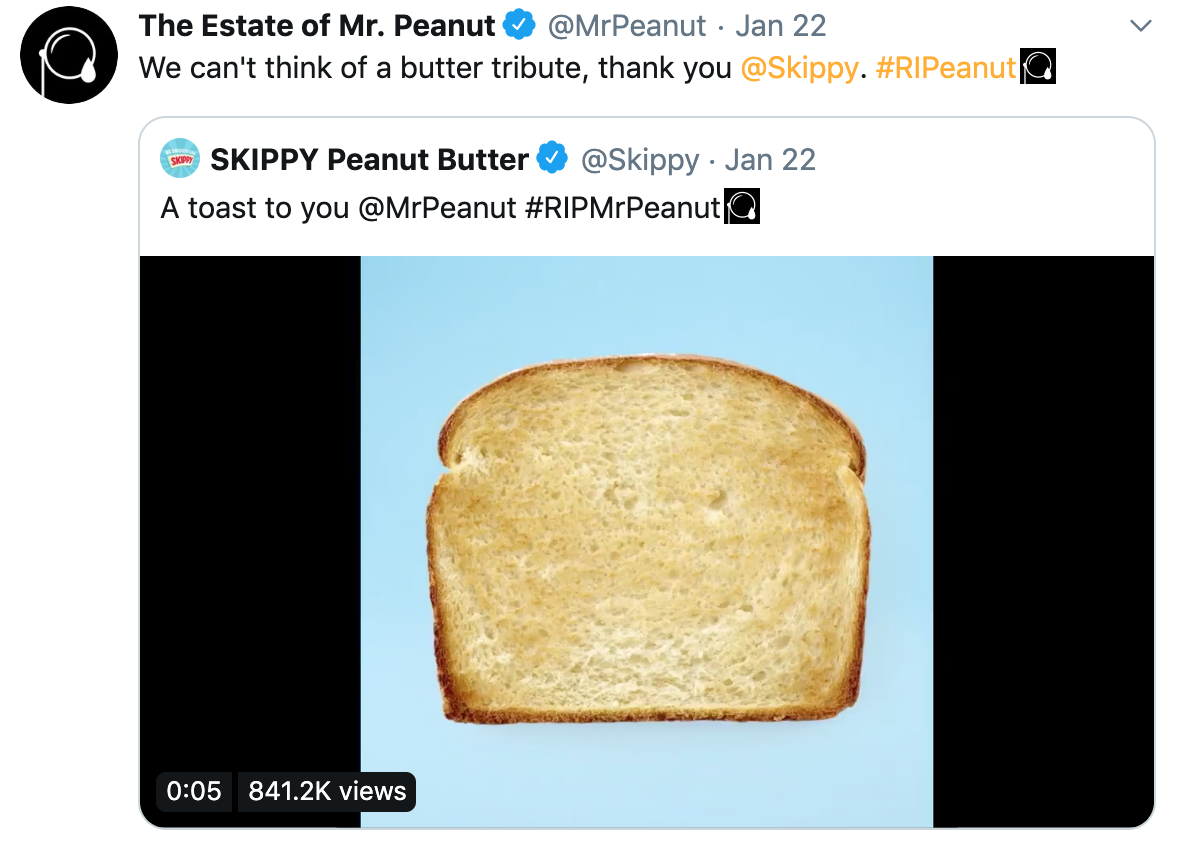 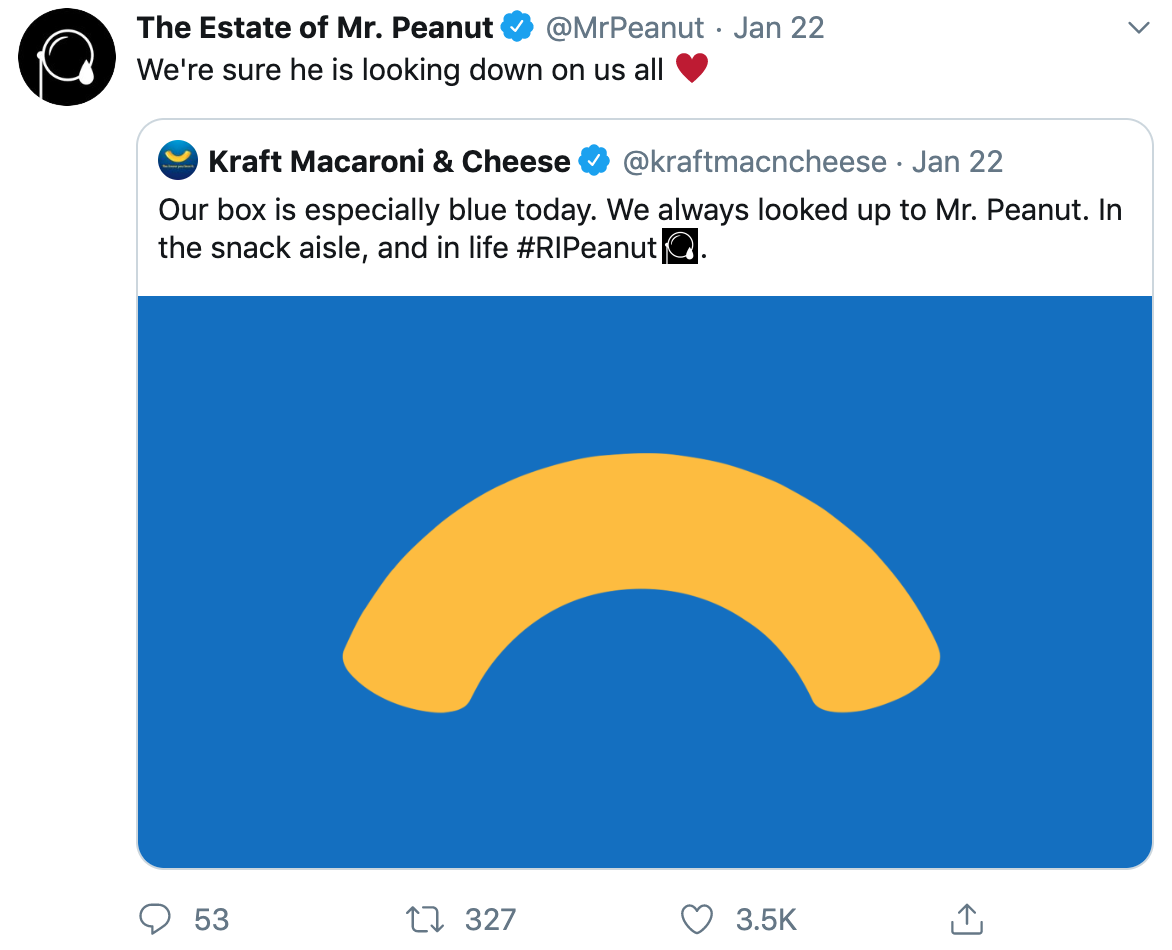 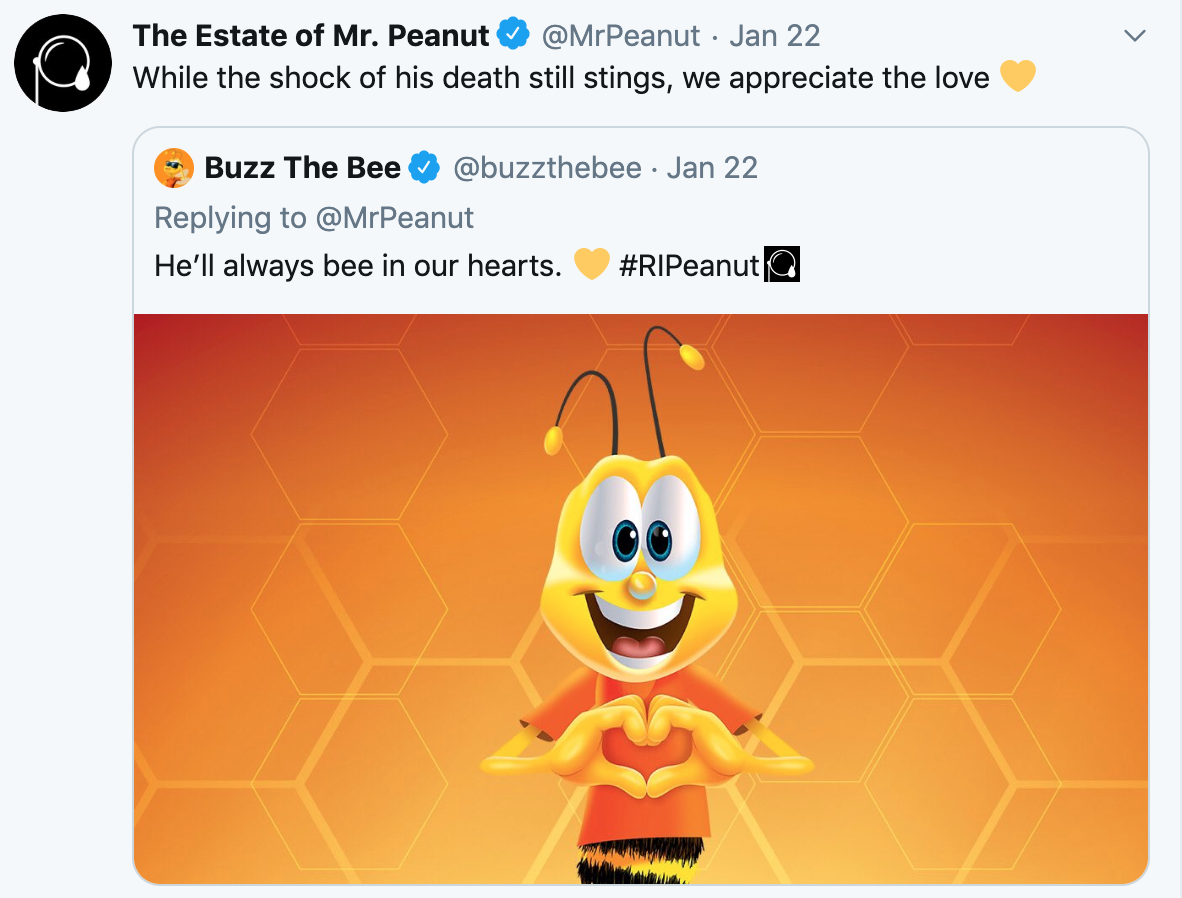 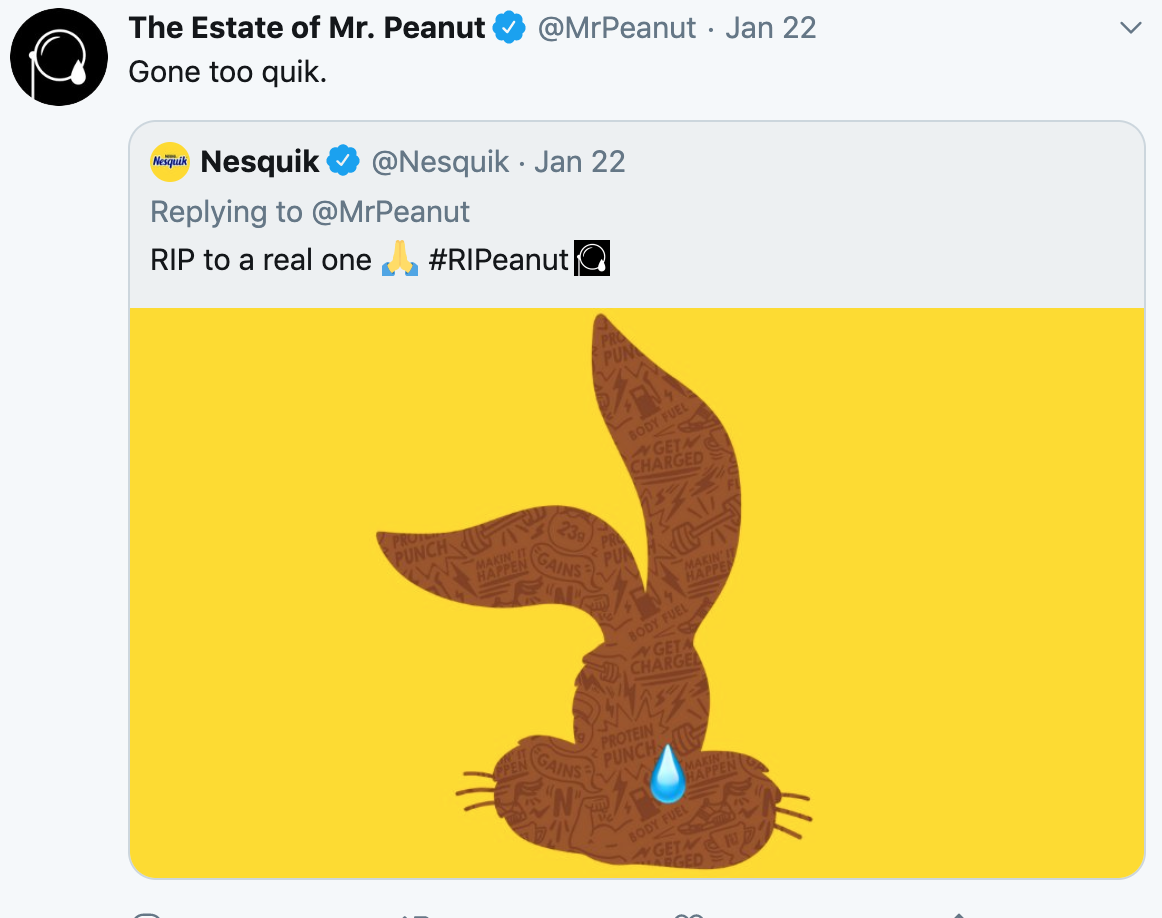 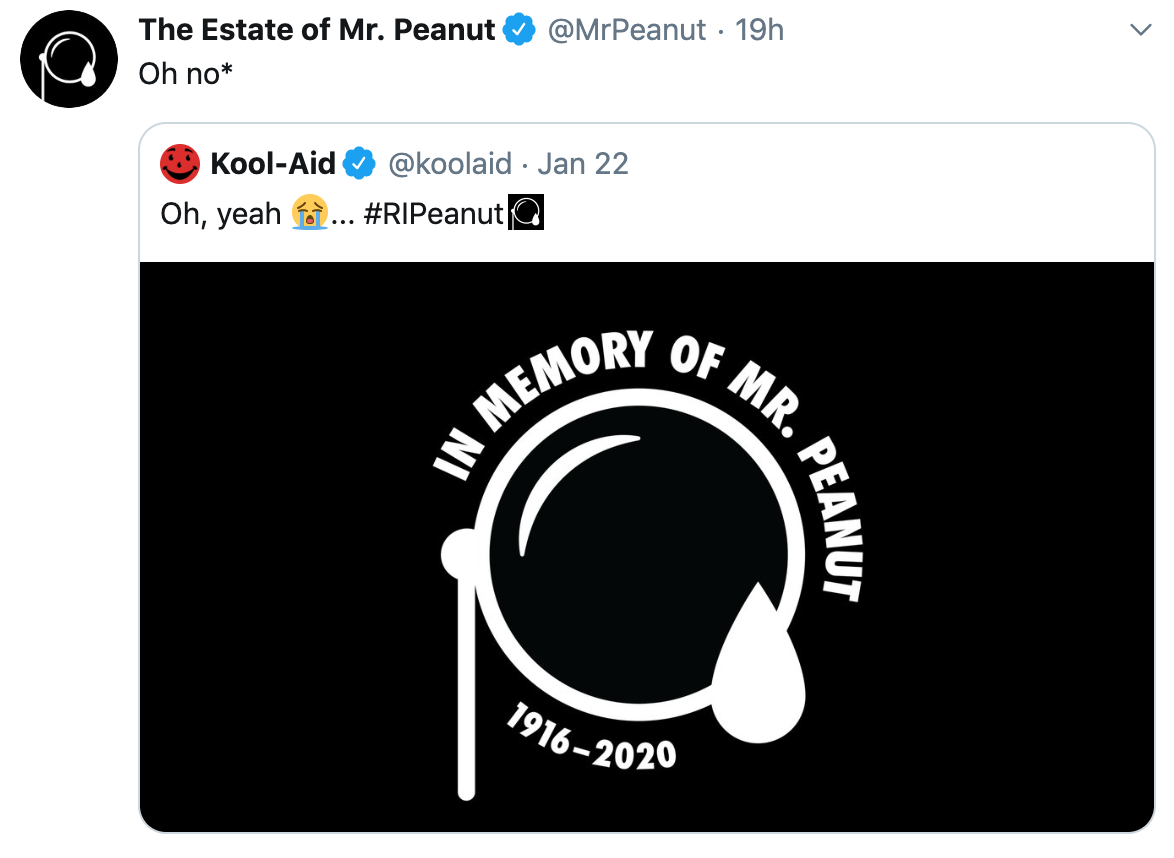 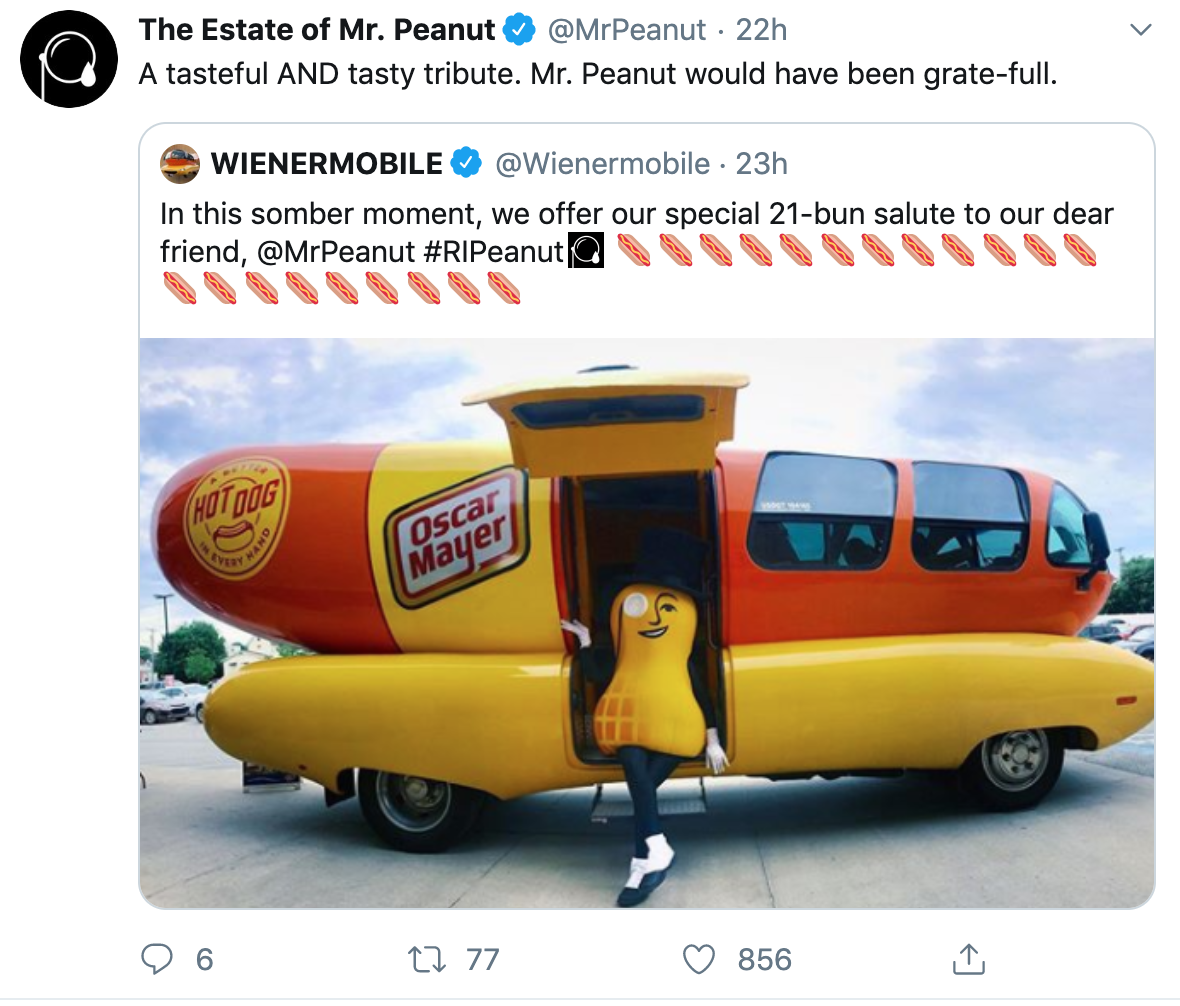 Even the automotive industry… 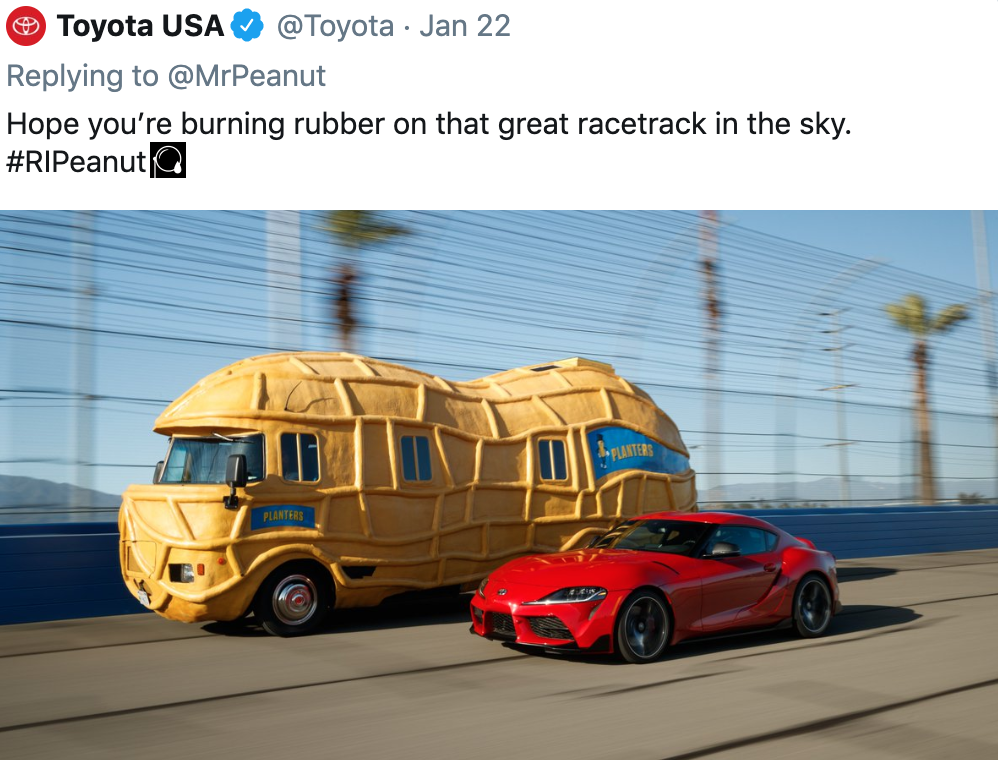 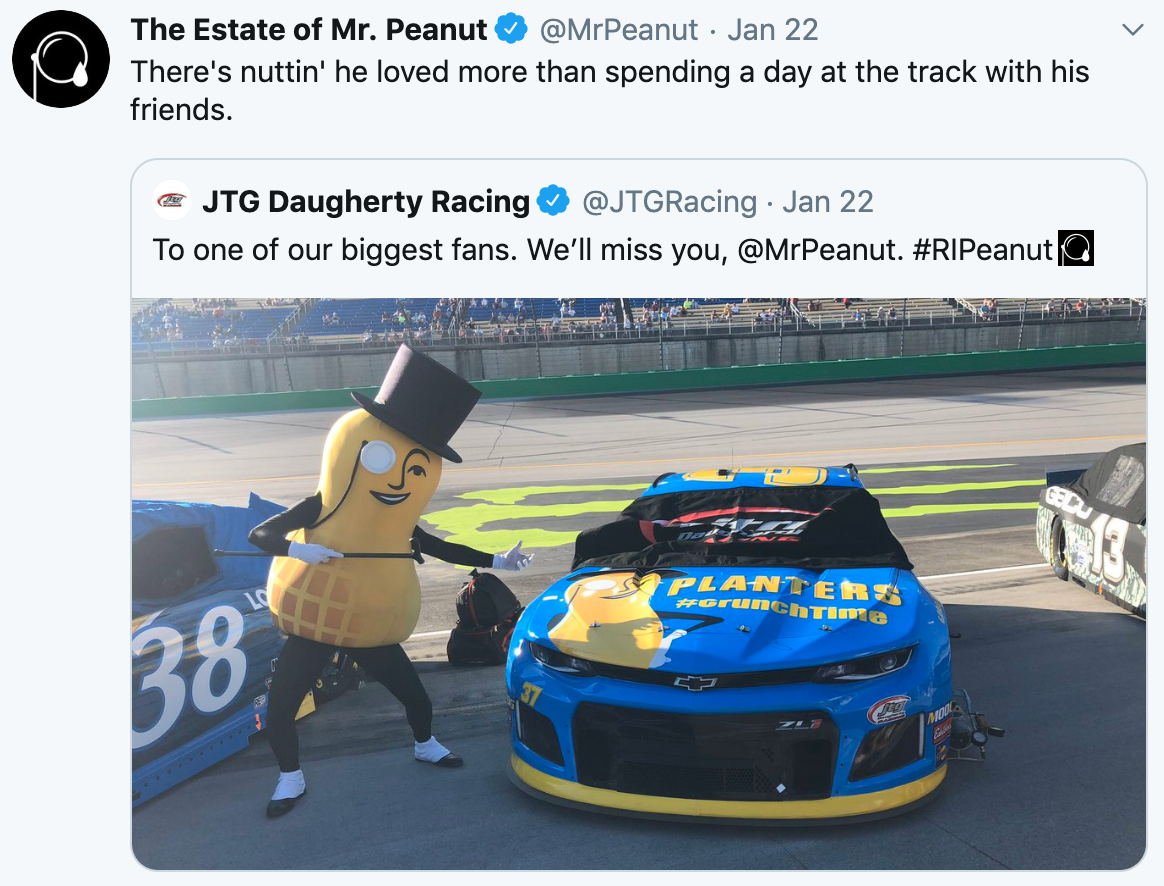 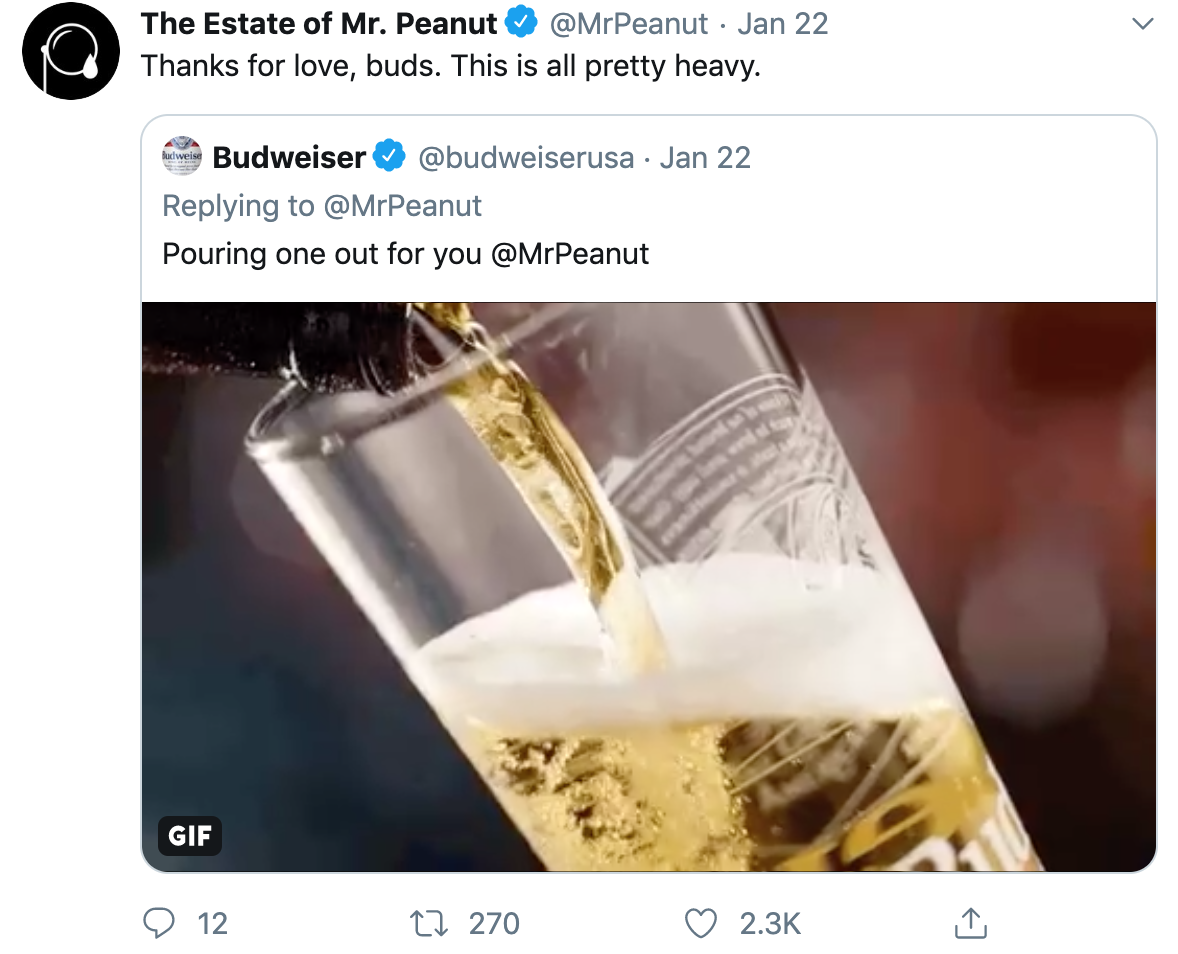 Planters is taking a page from Social Media Marketing 101: use a piece of creative to generate engagement.

#RIPeanut is trending on social media all thanks to the 30-second commercial.

Now, that commercial has nearly 3 million views all thanks to the Domino Effect of social media.

Planters is gaining FREE advertising/brand awareness all for the cost of one video.

In return, the brands who tweet @MrPeanut or #RIPeanut are having an insane jump in social engagement and traffic, as well as website traffic.

Here’s the even bigger and better power move by Planters’ marketing team: ANOTHER 30-second ad will air DURING the third quarter of the Super Bowl on February 2.

This ad will be Mr. Peanut’s much-anticipated funeral. This, again, prompting audience attention and participation.

What can you expect?

But, if not placed correctly or handled by experts, your creative will only sit and collect dust; you will lose money; and all your hard work will be for nothing.

That’s why you need VIP Marketing.

Stay informed. Get the latest blog, marketing minute and podcast from VIP Marketing when you sign up for our email list below. Straight to your inbox from the marketing machine.